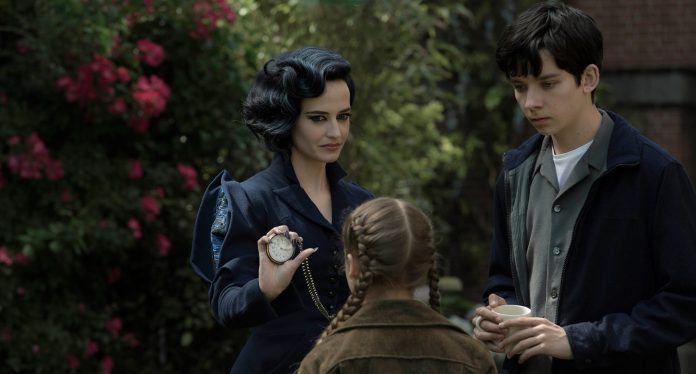 Miss Peregrine’s Home for Peculiar Children is Tim Burton’s newest film, starring Eva Greene, Asa Butterfield, and Samuel Jackson to name just a few. Despite having high expectations for this movie, I was left very conflicted once it was over. The entire atmosphere was typical Tim Burton, a sort of whimsical creepiness to accompany a twisted story, which resembled quite a few of his past works such as Beetlejuice and Edward Scissorhands, leaving a slight nostalgic feeling behind. Burton is someone I grew up admiring, so I was convinced that this movie was going to be yet another hit.

However, the beginning of the movie already had me doubting. The first few minutes felt rushed and the acting unfortunately fell flat. They had so much story to cover in such little time. As a fan of the book series written by Ransom Riggs, I began to feel nervous about how the story was going to be portrayed. Then the film progressed and Butterfield’s acting as Jake, the main character, started to improve drastically and I began to feel more comfortable with the casting choices.

The movie didn’t get truly interesting though until Miss Peregrine herself was introduced, along with her home full of fascinating characters. Each of these characters possesses certain abilities and powers, all of which shape their personalities. Jake finds himself caught up in this bizarre world, having to come to terms with the fact that he’s also one of these peculiar children.

Miss Peregrine’s Home for Peculiar Children was also one of the most visually pleasing films I have seen in awhile. Burton does a fantastic job of creating an unique set, which captures the mysterious, eerie feel of the entire story. The special effects were also done very well, especially during one scene, in which Jake ventures underwater with a new companion, which is one of the first scenes shown in the official trailer. In my opinion, the visuals were the best part of this movie.

Overall, I would say Miss Peregrine’s Home for Peculiar Children is a decent movie. If you are a fan of the books, I will warn that they are pretty different. That was one of my disappointments, as they did have to cut out and change a few things about the story in order to create a successful film. But despite it’s flaws, I’d suggest seeing it, especially if you have enjoyed Tim Burton’s past films.