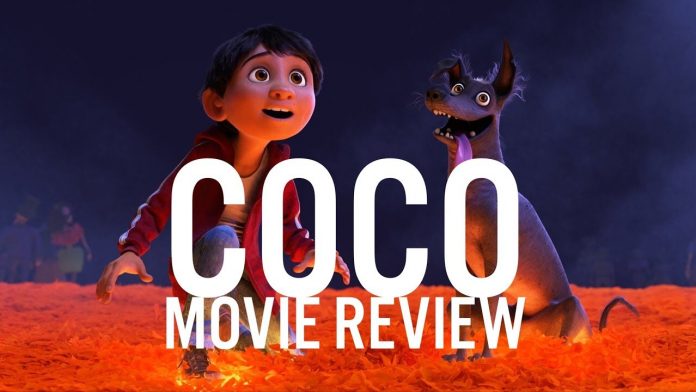 Vibrant, joyful and with just enough emotional pull to remind the audience of their humanity is the summation of Coco, Pixar’s latest film.

I must admit, I was skeptical at first because Coco shares a very similar plot with a less successful movie, The Book of Life. The latter was a 2014 film that is unique not only for its cultural basis, but its wooden puppet style of animation. While Coco pulled in $71 million opening weekend, The Book of Life was only able to net $17 million — a figure I feared meant the end of movies exploring other cultures and presenting them to children.

I had little to fear it seems, as Coco proves that the studio can still grab our hearts and wallets, but also that movies about heavy or sensitive topics can be explained in a mature and simple way to children.

Coco follows Miguel (Anthony Gonzalez), a 12 year old boy in Mexico who wants nothing more than to sing and play guitar like his hero, Ernesto de la Cruz (Benjamin Bratt). However, his family, specifically his Grandmother, looks down upon music and musicians, forbidding Miguel from making music of any kind.

Through circumstances I will refrain from spoiling, Miguel ends up in the Land of the Dead, on the Day of the Dead, and must return home with a blessing from his ancestors before the night is over, or he will be stuck there.

The Book of Life, in contrast, follows Manolo, a young man who is forbidden by his father from, you guessed it, making music and playing guitar. He is also transported to the Land of the Dead, and must find a way to return home.

And…that’s where the similarities stop. One could nitpick all of the details, but both stories take a drastic shift from there. Both movies involve the holiday in Mexican culture of Dia de los Muertos in different and fun ways, but like two RomComs following a similar plot, they are both still very different.

Coco seeks to investigate not how we mourn lost loved ones, but how we remember them — a concept most children will not understand until they are older. The film normalizes accepting that our loved ones may be gone, but are never forgotten; as long as their stories and memories are passed on.

And this is where Pixar gets this idea oh-so-perfectly right. The research to make this movie as accurate as possible was beautifully done, with researchers at Pixar realizing that the Day of the Dead does not encourage one to cry and be sad, but to celebrate the memory of someone’s life.

At its heart, this is what the movie is about. Everything that happens is to play up the ideas of remembering, and family and understanding.

Add in stunning visuals, a soaring soundtrack and comedy that’s funny with a hint of adult undertones, and you have the recipe for a timeless movie. Coco does right what so many movies struggle with: conveying a message in a realistic way that can be easily grasped without dating it. In the end, we admire Miguel for never giving up, not necessarily for getting what he wants.

Three A24 Films to Watch