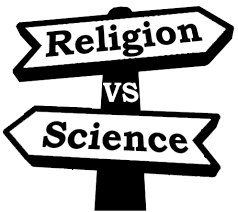 However, environmentalists rarely think about the cost benefit of food products. Most people argue that more fresh products should be used in all eating establishments, but if that occurred many establishments would be put out of business. This problem was brought to my attention in one of my environmental science classes where we were weighing the cost benefits of local food and its impact on the environment while weighting its cost on the business. This concept was presented to the class via a video that spoke so highly of a small business called “Local Burger.”

Local Burger originated in the mid-west in the 2000’s, which was a wonderful business venture. The business approach was so good that it was the subject of a popular TV show among the environmental community called “Small Planet Big Ideas.” The show promoted the middle-aged women’s business and they even did a study similar to another documentary on food called “Supersize Me” except with a twist: the food was fresh. In her study a man ate three meals a day at her business for an entire month. The man’s health increasingly got better–he lost weight and his bad cholesterol went down–which was amazing as it proved that local food is better for the community health-wise.

The show allowed for her to receive her 15 minutes of fame. Her episode showed all of the positives about the business as if everything ended well. Out of curiosity to see what had become of Local Burger we looked up the small business while in class and came to the realization that the establishment went out of business. The women had to close down the actual store and move to a food truck, and once that went down hill the entire franchise was closed down.

In my opinion this was due to two main causes–money cost and externalities–although they will never entirely say that it was due to these things, possibly to not hinder another person’s thought of doing a similar business or even to protect the fact that while local is truly better it is often too expensive. It was impossible to only buy locally and sell her burger for as cheap as she did. The cost efficiency was unbalanced, while the environmental impact was not much and extremely wonderful. But the cost was too much of a burden for the business. Yet externalities were never discussed in the episode, which is a key factor since there is a reason things are priced the way they are. Externalities are extra costs that are not included in the cost of the product, including pollution, soil erosion and wasted water, and illness, which is why McDonald’s can have a dollar menu and Local Burger would never be able to. This is an awful realization to come to but products not reflecting their true costs can make or break a franchise.

I thought her approach was amazing and loved that it was good for the environment, but she needed to budget her business better in order to prosper and that was where she messed up. She needed to weight the pros and cons of cost effectiveness with the ethics of the entire business, until customers are willing to pay extra for good food or food that is not good for us is priced to reflect their true cost.