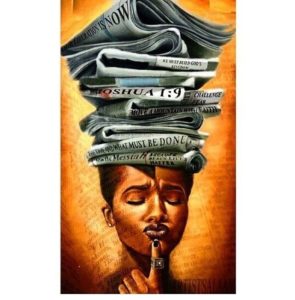 Welcome to New England College, a liberal arts school where everyone is welcome as long as you have enough money to attend. Liberal arts schools offer the opportunity to expand your studies while still focusing on your major. Different fields such as the humanities, arts, sciences and social sciences are staples in any school that claims themselves as liberal arts.
But I noticed that as a student I never really questioned what I was learning and who I was learning from.

Yes, a random thought, but I looked at my skin and realized it was actually an important question to ask.

African Americans are the backbone to this loose country. Just think about it, look around you, and understand that African Americans put America in the position it is in now. No, I don’t want to learn the same facts about Martin Luther King, and how Rosa Parks refused to sit in the back of the bus. That’s a history lesson that has been repeated for years just to give a little satisfaction to the African American community, and it was expected we would be satisfied with just that.

Is it asking too much to learn about the black people who built the white house that an orange psychopath is currently sitting in?

When it comes to the natural sciences, humanities, arts and social sciences, African blood is infused in each category. Elijah McCoy, Garrett Morgan and Otis Boykin are major contributors to many inventions that we use on a daily basis, but we wouldn’t know because obtaining that knowledge is not offered here. Animated Gifs on the web are thanks to Lisa Gelobter. And if it wasn’t for Lonnie G. Johnson your first “Super Soaker” water gun fight would have never happened.

Is it really that hard to swallow the pill that we’re currently walking on the backs of ancestors? Is it too much to ask for an educational focus what they’ve done? Because we’re so used to accepting what is handed to us without questions and doubt, we just consume what is given to us, not realizing how damaging it could be. How can you be so confident about going into the world without knowing the truth behind your existence? Now that may be written in a dramatic way, but it will only be dramatic to those who don’t see the issue at hand.

Dear New England College, you scream for diversity but offer little diversity. You offer inclusion but I don’t feel included. Just as important as it is to learn about Christopher Columbus, the same energy should be put towards Marcus Garvey. Just as big as we make Elvis Presley, why not realize Sister Rosetta Tharpe started it all. If I am a token student, cater to my shine; but until that happens, let’s really expose New England College. Did you know the ONLY African American Studies course is offered to honor students and it requires a GPA that most African American students are not reaching at this school?

This is the pattern: give a little, make it seem like a lot, and add a price.

A simple request can go a long way. So New England College, you are not a real liberal arts school. If my skin helps you to reach your quota, reach out to me and let me freely learn.