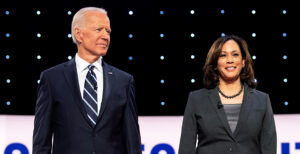 Guys, we did it. We battled back fascism! After a four day long election, major news networks can now project that Joe Biden will be the 46th President of the United States of America. Additionally, making history, Kamala Harris will be the first female and first black Vice President of the United States. I am personally exhausted from watching CNN and waiting for them to finally announce the fate of the country. Thankfully, at approximately 11 AM eastern time the announcement was made.

Now, this isn’t to mean the election cycle is over. While Biden is now the President Elect, President Trump has spent the last four days . . . claiming he won, claiming there’s fraud, refusing to concede when it was clear Joe Biden was going to win. In fact, Trump has filed several lawsuits in Pennsylvania, Michigan, and Georgia, all of which have been thrown out. The President has also asked for a recount.

So what happens now? Well, while the general election has been called, we still have to wait for the electoral college to meet and vote on behalf of the states that elected them. We also have to live through the temper tantrum the President is throwing, which means weeks of recounts and legal battles. It is highly unlikely that any of the President’s antics will actually succeed, considering President-Elect Biden has won almost all of the key battleground states like Pennsylvania, Wisconsin, Michigan, and Minnesota essentially rebuilding the blue wall Donald Trump shattered in 2016.

Currently, the electoral college looks to be 290-214. By the time Georgia gets called, which is looking to likely go for Biden as well, it will bring Joe Biden to 306 Electoral Votes. Even with Alaska and North Carolina going to Trump, Joe Biden will still have a 74 Electoral vote lead over Trump, bringing the projected final count of Electoral votes to 306-232 in favor of Biden. All the recounts in the world will not have any effect on the outcome of the election. What the President needs to do is gather himself, stand in front of the American people and give his concession speech. Of course, our child in chief won’t be doing so anytime soon, and I wouldn’t be surprised if he breaks the long standing tradition and refuses to give a concession speech at all.

The fall out to this election has also been rather insane. For the President himself, it has been revealed that he will owe an amazing 445 million dollars in loans, he owes money to the federal government, there are various investigations open on him in his home state of New York, and there are several federal investigations being opened as well. In short, when Donald Trump stated he was going to “Leave the country” if Biden won, it was probably more about him fleeing justice than being upset over the election.

Aside from the personal issues the President has, there have been several rather alarming events surrounding the fall out of this election as well. Steve Bannon, the former adviser to the President, was banned from Twitter, and has been dropped by his attorney after sending a tweet calling for the beheading of Dr. Anthony Fauci and the FBI Director. In Pennsylvania, a group of people were stopped by police, and later arrested with intent to attack the Philadelphia Convention Center, where crucial votes that would later decide the election were being counted.

After Trump falsely claimed an election win at 2 AM, and falsely claimed that the election was being “stolen” from him, mass protests began forming outside counting centers in Arizona, Michigan, and Pennsylvania. Many of the protesters were in fact armed, and many people did try to break into the counting centers. The funny thing is, many of these protesters can’t seem to agree on what they are protesting. There were two main chants: “stop the count” and “Don’t stop counting” in different states. Why? Because the President hypocritically demanded that they stop the counting in states where he was losing but demanded that they didn’t stop counting in states where he was behind by a small margin and had a chance to catch up.

The lies unsurprisingly didn’t stop there. The past few days have consisted of Trump spewing an agenda, trying to convince his supporters that the election was rigged, with no evidence to back it up. By Friday, many news networks such as MSNBC, NBC, ABC News, and even Univision began cutting away from the President’s speeches, refusing to show his lies on air. CNN and Fox news were among the few networks that kept the speech on air, however CNN fact checked the whole thing, and in a surprising turn of events, Fox News, turned on the President as well, and let everyone know that the President was not telling the truth.

The next few weeks are going to be rocky in the nation, there’s sure to be violence, there’s already protests, and the election, even though Biden has been declared the President-Elect, isn’t over. There are still four seats in the Senate left to be decided, two of which, in Georgia (why’s it always Georgia), will be going to a run-off and wont be decided until January. As of right now, Democrats have won 48 seats, having flipped two, and the Republicans also have 48 seats, only having flipped one. In order to have the majority in the Senate, Democrats need to win 51 seats, and they are 3 seats away from having that majority.

The only other scenario favorable to the Democrats would be for the Democrats and the Republicans each getting two of the remaining seats. This would bring them to a 50-50 split in the Senate, and Vice-President elect Kamala Harris would get the final vote in senate decisions. Democrats currently have been projected to hold onto their majority in the House of Representatives, and they’ve officially won back the White House. If the Democrats take back the Senate as well, they should have no issue getting legislation passed in the next few weeks. However, if they fail to do so, current Senate Majority Leader and turtle without a shell Mitch McConnell has already come out and said that he plans to block every candidate Joe Biden elects for his cabinet, and is sure to block Joe Biden at every turn.

“Fear never builds the future, but hope does”