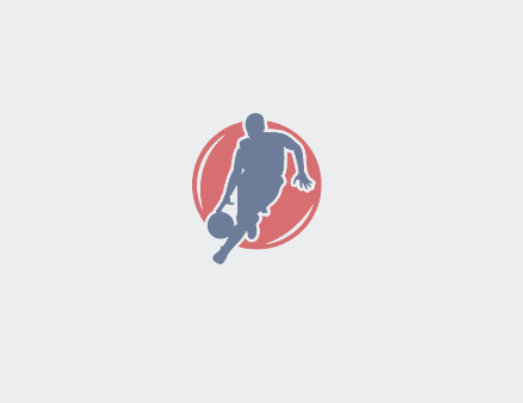 Heavyweight champion of the world and boxing legend, Muhammad Ali, was born on January 17th of 1942 in Kentucky. Ali’s legacy is more than his near impeccable boxing career, which spanned twenty-one years. He was also known for his activism and humanitarian work. One could say that Ali’s hunger for social justice began in his early adolescence when his bicycle was stolen from him. After reporting the theft to a policeman, Joe Martin, Ali swore he’d pummel the culprit. Martin, who was also a boxing trainer, took young Ali under his wing. Six weeks later, Ali won his first boxing match in a split decision.

The Kentucky native accomplished a great deal before his eighteenth birthday: Two national Golden Glove titles, two Amateur Athletic Union national titles, and one-hundred victories and eight losses before heading off to the 1960 summer Olympics in Rome. There, he earned the title of light heavyweight gold medalist.

The beginning of Ali’s professional boxing career was nothing short of amazing.

He claimed victory at his debut, a six-round decision on October 29, 1960. Four years later, he would go up against the reigning heavyweight champion, Sonny Liston. Although Liston had more wins and a title under his belt, Ali was confident in his speed, power, and capability to dominate Liston in the ring. Ali’s famous saying, “float like a butterfly, sting like a bee,” was born. On February 25, 1964, Ali’s convictions materialized in the ring when he defeated Liston by knockout in the seventh round and earned the title of heavyweight champion.

After the bout, an invigorated Ali screamed: “I am the greatest!”

The sixties, a decade that tormented the United States with racial disparity, resistance against inequality, and activism set the stage for the emergence of political leaders. The most well-known are Martin Luther King Jr., who is remembered for his advocacy of peaceful protest, and Malcolm X, who is known for his advocacy of Black nationalism and his phrase, “by any means necessary,” regarding African Americans defending themselves.

Ali and X’s relationship bloomed from their shared Muslim religion, which Ali initially kept hidden because of his budding professional boxing career. However, overtime X’s influence inspired Ali to be more outspoken in his politics and identity in the public sphere.

“Malcolm gave him a voice to be more assertive, a voice to be more free with who he wanted to be in front of the public; that he didn’t have to hide his true feelings about politics, race and religion. He could be a Muslim and assert his religious independence,” said Johnny Smith, a historian at Georgia Tech.

Malcolm X was in attendance at Ali’s first heavyweight champion title boxing match against Liston. Ali, born Cassius Clay, changed his last name to X, as was common practice at the time within the Nation of Islam, and Malcolm X supported him.

But Malcolm X and Ali’s friendship did not last and they ended up drifting apart.

On March 6, 1964, Ali changed his full name to Muhammad Ali. However, the media refused to acknowledge him by his chosen name. Ernie Terrell, another boxer, continued calling Ali by his birth name. Their fight, which took place on February 6, 1967, was noteworthy because it was considered to be the most brutal fight of his career. Things became heated between the two on television.

“My name is Muhammad Ali, and you will announce it right there in the center of that ring after the fight, if you don’t do it now,” he screamed at Terrell on the Howard Cosell show.

During their match, as Terrell was being pummeled with punches, Ali yelled: “what’s my name!”

A few months later, the United States was in the midst of scrutiny for their involvement in the Vietnam War. There were drafted men who fled to Canada to escape being dragged off to a war they didn’t believe in, and others who burned their draft cards in protest. Ali didn’t do either of those things. 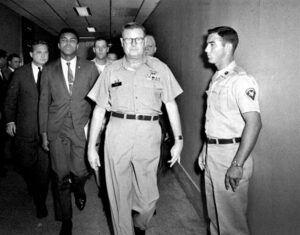 On April 28, 1967, Ali was scheduled to be inducted into the United States Army at the induction center in Houston. He was called by his birth name – Cassius Clay – and refused to step forward. Ali was called repeatedly before being asked to step aside by a senior officer who asked if he knew the seriousness of the situation. After confirming that he understood, Ali was called forward again: “Mr. Cassius Clay, you will please step forward and be inducted into the United States Army.”

“It is in the light of my consciousness as a Muslim minister and my own personal convictions that I take my stand in rejecting the call to be inducted. … I find I cannot be true to my beliefs in my religion by accepting such a call. I am dependent upon Allah as the final judge of those actions brought about by my own conscience.” – Muhammad Ali

Later on that day, Ali’s boxing license was revoked.

In the United States, refusing to be drafted violates the Universal Military Training and Service Act, a felony level crime. For this, Ali was charged, convicted, and sentenced to a maximum of five years in prison, as well as a $10,000 fine. Additionally, Ali was banned from boxing.

“My conscience won’t let me go shoot my brother, or some darker people, or some poor hungry people in the mud for big powerful America.” – Muhammad Ali

Ali was prepared to lose everything to stick to his morals and principles. He refused to fight in Vietnam on behalf of the United States when the same country was actively killing, jailing, and oppressing his own people here. Ali went to several colleges and spoke out against the Vietnam War.

Not only was Ali banned from boxing professionally, but his popularity in the states also plummeted as a result. During this time, spectators didn’t agree with sports and politics mingling. They wanted African Americans to be their entertainment and champions in sports arenas, but remain quiet about the oppression their community endures.

The New York Supreme Courts had Ali’s boxing license reinstated as popular opinion shifted. Then, in the following year, his conviction was overturned by unanimous decision. Soon after this, Ali made his return to professional boxing.

A little over a decade later on December 11, 1981, Ali officially retired from his long and fruitful boxing career. His career record consisted of fifty-six wins, five losses and thirty-seven knockouts over a 21 year span. He was named Fighter of the Year by Ring Magazine five times. In 1990, Ali was inducted into the International Boxing Hall of Fame. He is referred to as the greatest of all time (G.O.A.T) in boxing. His towering confidence, suave footwork, and impeccable speed contributed to his legend status.

Ali’s activism and humanitarian work did not end with his boxing career. In 1990, Ali met with Iraqi leader Saddam Hussein to negotiate the release of American hostages. Twelve years later, in 2002, Ali traveled to Afghanistan as a United Nations Messenger of Peace.

“I’ve always wanted to be more than just a boxer…More than just the three-time heavyweight champion. I wanted to use my fame, and this face that everyone knows so well, to help uplift and inspire people around the world.” -Muhammad Ali

The decision to be more than an athlete isn’t a choice to be taken lightly. Athletes throughout American history have sacrificed their livelihood to remain grounded in their personal beliefs. Athletes such as Ali have paved the way for modern day athletes to be activists who utilize their platform to speak out on their political views and social reform.

The reality is that athletes are people, and they are affected by the social inequalities and injustices that their communities face. It is apathetic for fans and sponsors to disregard any athlete’s humanity because of discomfort or disagreement.