About four years ago my best friend, now roommate, and I attended the Green Day concert at the DCU center in Worcester. As we waited in line, we were approached by a guy who looked like he was in his mid-twenties, if not younger. He had with him a backpack full of flash drives, a pair of headphones, and a cellphone. He introduced himself as Patrick Gilchrist, the lead singer of a new and upcoming band called “Not My Weekend,” named after that one All Time Low lyric everyone knows.

He asked if we were interested in listening to his music, to which we thought, “Sure, why not?” We had (have, who are we kidding) dreams of becoming musicians and respected the drive of this guy to follow the Green Day tour just so he could show off his music to those in line. He gave us a selection of four songs, which we later found out were from their new EP “Growing Up With Girls.”

We ended up listening to a track called “Bittersweet” that Patrick said was the one he was the most proud of. Looking back, I remember enjoying the song. I must’ve liked it enough to purchase one of the flash drives he had with him for a measly five dollars.

Recently, I found said flash drive abandoned in my dresser. See, after the encounter, I kept tabs on Not My Weekend. I never really listened to anything outside of what was on the flashdrive, because that was all they had released, until about 2018. That year, Not My Weekend signed with the record label “We Are Triumphant,” and released a new EP called “Yellow.” The previous EP had just completely disappeared from their discography and this was their new beginning.

The first–and only–track I listened to on this EP was “When You’re Around,” which I didn’t really enjoy. It wasn’t bad, in fact it’s probably one of the catchier songs I’ve heard–and is now stuck in my head just mentioning it.

However, I personally thought the lyrics were just tacky. To be fair, many of the lyrics are very corny, and up until recently, I just didn’t bother with it.

While writing this article, I went back and listened to “When You’re Around,” and damn is it catchy. It’s really one of those songs that the more you listen to it, the more you vibe with it. Out of curiosity, I also dug out that flash drive, and gave their original EP a listen.

“Growing Up With Girls” was very rough, which is fair, as the songs weren’t professionally recorded. The lyrics, without any proper context, are a little confusing. For example; “Tell me do you think you’ll marry your mother?”

What the actual hell is that supposed to mean? Marry your mother?

I remember asking Patrick what exactly this song was about and I found out the song was about the broken relationship between his step father and himself. Still doesn’t make that line make sense, but it gives you a little more clarity about the intent behind the song. 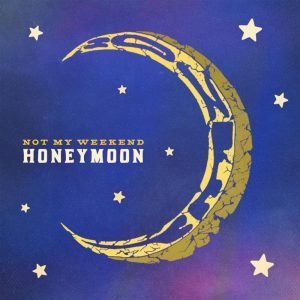 More recently, Not My Weekend have come out with their first full length album called “Honeymoon”. I haven’t exactly gotten around to listening to it, nor do I think I ever will. Not because it’s bad, just because it’s not really my thing. See, the little bit that I have heard from “Honeymoon” is completely different from anything they’ve ever released. It’s just not what I’m into when it comes to music.

Needless to say, from 2017 until now, Not My Weekend have gone from small time musicians, following a Green Day tour, trying to get noticed, to a signed band making their dreams come true. Regardless of if I’m into their music or not, a drive like they have is something I respect. It’s really cool to know that this random guy I met at a Green Day concert has made music his career, a dream that many have not achieved. I must say I’m really happy that they were able to make it as far as they did and hope to see them go even further.

And sure, even though their music isn’t for me, that doesn’t necessarily mean it’s not for everyone. So if you’re looking for a new band, I’d suggest looking them up. Maybe it’s more up your alley than mine.