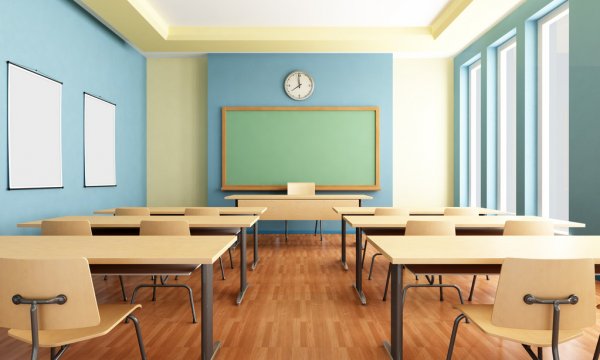 In March of 2020, campuses across the country experienced a massive shift in the direction of the school year. On Friday March 13, former President Donald Trump declared a state of national emergency due to the COVID-19 pandemic, which forced schools to shift entirely to a remote platform. Professors at New England College had only a single weekend to translate their in-person courses into fully online learning. Likewise, students across the nation were hurtled into an entirely new style of learning.

This abrupt change caused many to feel overwhelmed and confused about how to move forward. New England College offered Pass/No Record extensions for courses, and many professors altered their workload expectations for students who were struggling to adjust to this new environment. This made for a hectic conclusion to what started as a fairly average Spring semester. Looking forward to the Fall semester of 2020, however, New England College introduced a hybrid model that would be enacted for the next couple semesters. In the Fall of 2020, New England College had 256 remote students, while the remainder of the student body returned to campus. Out of approximately 1,100 students registered at the time, about 25% of them were remaining remote.

Interestingly, in the Spring semester of 2021, while still holding the hybrid model, NEC saw a rise in the number of remote students. There were, instead, 345 students taking their courses fully online. This raises many questions as to why this could have possibly occurred. From the outset, remote learning has been a divisive topic. There were many students who had an extremely difficult time adjusting to this new style. Internet connectivity issues also played a role for several students who learned online. On the other hand, there were students who preferred taking courses out of the comfort of their own home, and did not find the adjustment too egregious. This, of course, was dependent on the types of classes students were taking.

Certain courses, especially those centered around lecture, did not have as much to take into account before adjusting to remote learning. Art classes, however, had more to consider during this change.

Courses that depended on being in-person greatly struggled to figure out how to make their classes fit the online model. Darryl Furtkamp, the Associate Dean for the Division of Art & Design, explained some of the difficulties being faced in the art department during the pandemic.

“It was difficult,” Furtkamp said, “Because…we’re so dependent on facilities.”

“It was difficult,” Furtkamp said, “Because…we’re so dependent on facilities.”

He continued: “For some [areas] like Illustration…a lot of that could be done digitally…[it’s] still a challenge, because many people haven’t primarily taught that way.”

Not all fields, however, could use digital platforms to their advantage. “Photography, Painting, Printmaking, Sculpture, Intro to 2D Design, Intro to 3D Design, Drawing…[they] all had to be shifted over, and I think people did a pretty remarkable job,” Furtkamp said. Another challenge people in the art department faced was “getting materials out to them. We tried to get them in their hands, before [students] left…[but] some of them were already in their cars and gone, so it was a challenge getting things to them.”

On the student’s end, Furtkamp described another difficulty. Students’ homes were now their studios as well. There were challenges in “determining what people could do in alternate work spaces. [On campus], you have these huge studios…that utilize very special equipment heavily, and a lot of things just have to shift over to: ‘what are you able to do in, say, a bedroom space or at your kitchen table?’”

Once New England College turned to a hybrid model, Furtkamp felt that the staff were better prepared to handle the discrepancies between in-person and remote learning. He explained how the limitations of people who could be allowed in a room at one time affected the structure of courses. “We made sure that there were only…five people per floor in the studio buildings. And, [students] obviously had to be masked, they had to be distanced, and we had work-study people monitoring that.”

Ultimately, despite the immense struggles that came with remote learning, Furtkamp expressed that there were a few upsides to it as well. He said: “[When] graphic design students, or illustrators, or perhaps comic artists…are out in the world, there’s going to be no more going to present in somebody’s office. Most of the work that they’re going to entertain is going to be [remote]. So, it’s almost a better approach to have those classes at the upper levels, as digital classes.”

“..it’s almost a better approach to have those classes at the upper levels, as digital classes.”

In addition to this, the remote platform also expanded the horizons of certain events. “A lot of our gallery lectures went online,” Furtkamp revealed, “and that enabled us to reach quite a few more people. We [also] didn’t have to bring people [to campus]. Oftentimes, we would pay for travel, sometimes we would pay for lodging and food.” In these ways, the world of remote learning is a complex one. There were many setbacks, of course, but, in ways, perhaps unexpected, there were positive things to come out of it.

With the introduction of multiple COVID-19 vaccines, and the passing of many months since the beginning of the pandemic, NEC now only has 85 remaining remote students for the Fall 2021 semester. Now that normalcy seems to be (hopefully) returning to college life, and students have had time to dwell on their learning style preferences, the verdict on remote learning is beginning to settle. This seems to be the perfect time to reach out to the NEC student body, to get their opinion. Please take the quick survey below to communicate which style of learning you found to be the most effective overall.