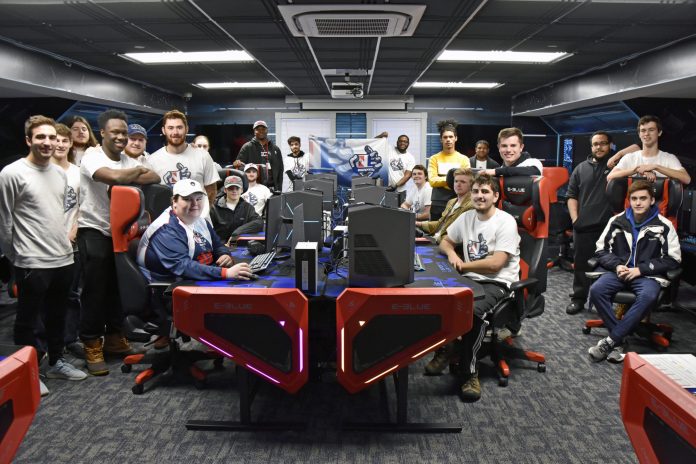 Hezekiah “Hez” Richards is a member and a captain of the Call of Duty team for the New England College esports program. Always present at practices and games, he is constantly cheering on the players even when he’s not playing himself. He moves around the room, offering hype and compliments to his teammates throughout their games and is always offering feedback afterwards.

He’s been at this for a while, “I started esports my freshman year. I was introduced to it by the previous coach and ever since then I’ve been a part of the program, making a lot of friends and memories,” said Richards.

Others have been a part of the program just as long as him, but he’s been willing to put in the work and stay dedicated to the program.

“Being a captain means that you’re down to do anything to help you and your team take the win. If that means extra playtime in the arena, then we do it. As far as becoming captain, it’s all about the difference between wanting the captain title or performing as one,” said Richards.

As for what the future holds, Richards is unsure. “If I were to focus on gaming, ideally I’d want my own esports team. Honestly haven’t given it that much thought but it certainly would be an experience.”

Regardless of his future plans, Richards will be captaining the Call of Duty team through the rest of the year.

Esports gets a New Director