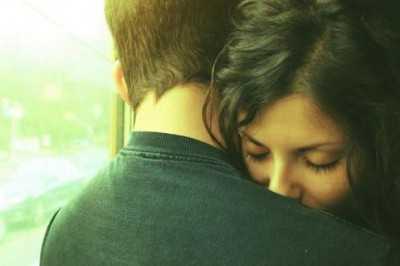 Romantic relationships are the most difficult relationships to maintain, no matter who you are or who you are dealing with. Relationships involve a lot of sacrifices, commitment, time, attention, and emotional investment. You may be wondering where I’m getting at with this, so let me explain one of the biggest reasons your relationships might not have worked out.

If you’re a woman you’re probably rolling your eyes to the back of your head thinking, “What does this article have to say that I didn’t know already?”

A majority of women fall in love in the early stages of a relationship, sometimes before the relationship has even officially started.

At the beginning, things tend to go well. The guy says all the right things, demonstrating to you the perfect gentleman. The fact that you’re getting all of this attention heightens your emotions towards this person, enabling you to get comfortable and embrace what is going on. You feel as though the person is the best thing you’ve ever had.

The guy that is giving you all of his affection makes you start experiencing feelings you never had before. It sounds a little corny, but along with these feelings comes the start to the typical butterflies in your stomach or the fluttering heart. Most of the time we can relate this feeling to the one emotion everyone is scared of:

I talked to my 26 year old sister who has had her fair share of positive and negative experiences in romantic relationships.

”We fall in love with the idea of being in love, the person we want you to be, not the guy you are, it’s the prince charming effect,” she explained.

I’ve heard of a lot of women going through the prince charming effect. They see a guy and fall instantly “in love” with his outside appearance without even seeing the true person underneath. Then when things go downhill, it’s not what they expected from him because they have imagined this amazing person based only on exterior appearances.

We’re “glass half full” people and believe in giving the benefit of the doubt, even when our gut instinct tells us we’re not in a good situation. Women expect that the guys they’re seeing have the same good intentions as they do, which isn’t always the case. Seeing the good in others is a blessing, ignoring the faults that aren’t acceptable is a curse.

Often women ignore red flags in new relationships because they are caught up in the beginning stages of what they believe to be love. Even men can often overlook or ignore things that may cause problems in the future. We might want to believe there are no warning signs telling us to turn back, but they’re still there.

Some women’s expectations for a relationship are so high and the man is not committed or capable of meeting them. In turn, it causes an uneven balance and neither party is on the same page.

The tricky part about a woman’s mindset in a relationship is that a guy could take them through hell and back and they won’t be done with him until mentally they’ve had enough pain while also being in love with him. Some guys won’t realize this because they are blind to the warnings of a woman being tired of them. Ultimately, it’s too late when the guys fall in love too, because the woman has already made her decision.

My brother suggested I might like this blog. He was once
totally right. This post actually made my day. You can not imagine just how much
time I had spent for this info! Thank you!