To make up for a lack of reviews in the previous weeks, I have decided to compile some of my favorite records of the year so far and discuss them in a shorter form, just to get out as much possible as I can. I will keep this intro brief, but mention a few things. This is by no means a complete list, and I have purposely left out previously discussed records that would’ve certainly been included as a ‘must-listen’ (take the new records from Godspeed You! Black Emperor and Black Country, New Road as examples). For those releases, I recommend reading my individual reviews, where you can have my complete (and mostly unchanged) thoughts. Now, let’s jump right into some of my must-listen music of 2021 (so far)! 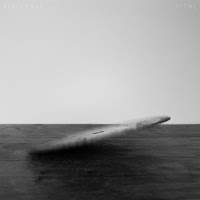 One of the few bands I can directly link to my growth as a music listener. This Montréal trio embraces atmospheric production and careful musical churning to create another masterfully hypnotic release. The heavy combination of drone-driven vocal passages and booming post-metal is truly a uniqueness to behold, and Robin Wattie’s shrill soprano is a perfect compliment to the thunderous riffage and pounding rhythm present on all of these tracks. Her more aggressive performances on a few of the climaxes here are as fresh as they were on the group’s previous four efforts. As similar as it is to their 2019 LP, Vital still charges to the forefront of quality for the year. 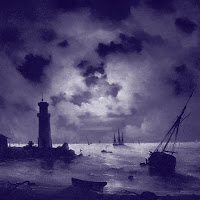 Katia Krow – I’ve Called Off The Search, I Know Exactly Where You Are (Ambient)

This one has another special place, as it was the first record I heard in 2021. As a side-project of UAE-based one-woman IDM force Odi, I’ve Called Off The Search, I Know Exactly Where You Are is an exploration in sound, silence and passion. Massive ethereal soundscapes are juxtaposed with sectioned silence many times throughout the record, and track lengths waver from breezy to monolithic. Cuts like “When the Cold Hit” and the title track are huge, building into noisy, almost claustrophobic ambient that is almost suffocating to digest. This record came when I needed it to, and it has warped my music listening year up until this point. 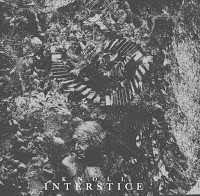 With maybe the most exciting debut record of 2021 so far, these Nashville deathgrind newbies certainly follow in the footsteps of the likes of Napalm Death, Full of Hell and Cattle Decapitation, producing a harrowing display of breakneck-paced, nihilistic hymns. With as proper a Dylan Walker impression as any, the dynamic variability in vocal flare, bouncing from deep guttural growls to high pitched squeals. The instrumentation also frequently shifts from the cacophonous grind to extended passages of head-crushing death-sludge, berating us into a sense of complacency, only to return to the rampageous grind. Fans of heavy music take note. 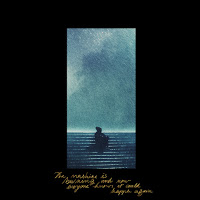 The other contender for best debut sits here, with exciting French quartet BRUIT ≤. While the less-than/equals-to sign still mystifies me, their music, and particularly, contextual integration is amazing to hear. Simultaneously a critique on modern society, the climate crises and isolation, they use electronic-driven post-rock to modernize the sound established by Mogwai, Godspeed You! Black Emperor and many more before them to create an extremely distinct beast, filled with memorable performances, conscious messaging, and, as of this year, nearly unmatched climaxes. 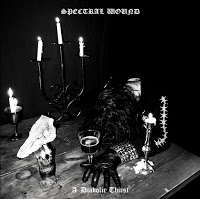 Abhorrently gritty, unabashedly raw, and rebelliously aggressive, A Diabolic Thirst is everything a great black metal album should be. Mixed with a classical ear in mind, this record is for the old heads first, and Spectral Wound wants you to feel that. This Canadian five-piece break into some of the most abrasive and addicting metal on the market here, summoning forth swirling tremolo guitar riffs, ridiculously intricate drum parts and no low end in sight. On a moment to moment basis, the band’s second LP shows no stops, racing through it’s forty minute runtime with a supreme confidence and utter appreciation for the core tenets of the genre. 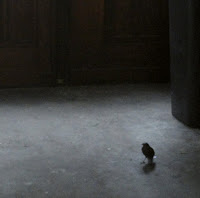 Note: Jacob requires a patient ear and a supreme love of experimentation. With this, we look into the collaboration between Boston-based experimental death/doom four-piece Ehnahre and a German drone guru N. With three tracks spanning thirty-nine minutes, this record is really challenging, and is nowhere suited for a casual listen. You must immerse yourself into the frantic, sludgy and soupy mix where zany percussion, off-putting guitar, pained cries, and relentless noise all frolic. This is a dark room listen, but I ‘d caution those who wish to succumb to the sounds of Hell-breaking through the crust of the Earth itself, devouring any and everything in it’s path. 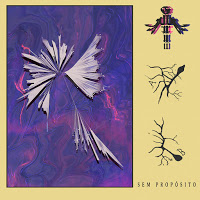 Caios Lemnos shows his masterful ability to weave genres yet again on his most recent effort as Bríi, seamlessly transitioning from Aphex Twin tracks to mind-bending black metal. Two tracks, each twenty-eight minutes and twelve seconds, take turns exploring the genres as they come, distorting, dementing, and otherwise disturbing the natural order that those styles contain themselves in. While I thought the Brazilian’s other project, Kaatayra, did a great job at blending their native folk sound with metal on their two 2020 releases, this one certainly holds a candle to those and cements itself as another ground-breaking record from the up-and-coming tour-de-force. 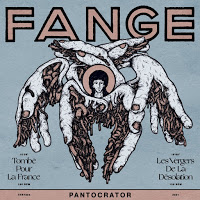 Another two-track release, the veteran French trio return after less than a year with another impressive slab of massive sludge metal. Both fifteen minutes and change, “Tombé pour la France” and “Les vergers de la désolation” display ferocious yet melodic bouts of thumping metal instrumentation, as well as intriguing and almost mystical synthesizers use throughout a majority of the record. Each cut ebbs and flows relatively naturally throughout, and the builds towards massive, discordant climaxes is arguably the band’s greatest strength, other than being the European equivalent to Primitive Man in heaviness. 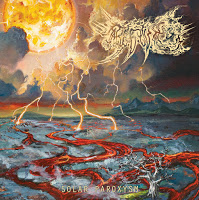 Jacob Buczarski’s brand of professionally produced, long-form, cosmic black metal is as original as it is nostalgic, and while still playing into the formulas established by many artists before him, Solar Paroxysm is another example of masterful songwriting and even more impressive musicianship, as impassioned guitar lines matched with pounding low end combine to create an other-worldly trek through the cold, harsh cosmos. His split from last year alongside genre-mate in arms Spectral Lore was amazing, and I am more than ecstatic to see this record receiving the same, if not greater, praise from the internet music community at large. It is fully deserved. 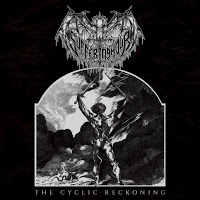 I said towards the beginning that this list was in no order, which is true, but this new record from Suffering Hour cannot be hailed as anything less than incredible. Completely destroying the barrier between the death and black metal genres, The Cyclic Reckoning is a completely original take on genres tried and tested. The raw aesthetic and cavernous production transports you to a surreal version of Hell, with some of the wonkiest guitar leads and most interesting songwriting of all time, let alone the year. If you often read my writing, this should be a wonderful fit into your repertoire, but I recommend anyone delve into this uniquely addicting journey.

What records did I miss? Disagree about any or have other thoughts? Leave them in the comments below. You can support all of these artists on their Bandcamps, and all other streaming platforms they may be housed on.