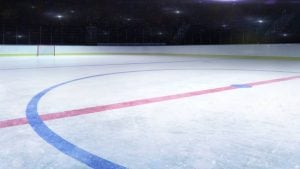 With November coming right around the corner, many Men and Women’s Winter Sports at New England College have released their 2021-2022 schedules.

Men’s Basketball begins their season with the LaFrance Hospitality Tournament, held at the University of Massachusetts in Dartmouth. The team plays against Fitchburg State on Friday, November 5, 2021. The game begins at 5:00PM. The following Friday, November 12, New England College plays against the Colby Mules at the Ted Coghlin Memorial Tournament held at the Worcester Polytechnic Institute, beginning at 7:30PM. The teams first away game will be at Clark University on Wednesday November 17, beginning at 7:00PM. Their first home game will be played against Plymouth State on Saturday November 20, at 4:00PM.

The Women’s Basketball season schedule begins with an away game at Keene State. This will take place on Friday, November 5, starting at 6:30PM. This is followed by another away game at Husson University in Bangor, Maine at 5:30PM. If you are planning on attending this particular event, however, please note that the venue is currently requiring masks to be worn by the spectators for the game. The team’s first home game takes place on Wednesday November 10, against UMass Boston, also at 5:30PM. The Women’s Basketball team will also be participating in the Castleton Classic at Castleton University in November. They will be playing against Thomas College and UMaine Farmington on Saturday the 13th at 6:00PM, and Sunday the 14th at 1:00PM, respectively. They will play against Thomas again for the Bates Classic in Lewiston, Maine on November 20, at 4:00PM. The day before that, they will play against RPI at 8:00PM for the Bates Classic.

Men’s Wrestling will also have events coming in November. First, is the Ithaca Invitational, taking place on Friday November 5 at 3:45PM, and Saturday November 6 at 9:00AM. The following Sunday, on November 14, the Rhode Island Open will be held at Rhode Island College in Providence at 9:00AM. The final event for Men’s Wrestling that will be happening in November is the Doug Parker Invitational at Springfield College at 10:00AM.

Women’s Ice Hockey has two exhibitions this month. The first is this Friday the 22nd, played at home against Curry at 6:00PM. The second will be this Sunday, at Anna Maria College in Paxton, Massachusetts at 3:30PM. Conference games begin in November. Starting with two away games, one on Friday the 5th at Johnson & Wales University in Rhode Island at 6:00PM, and the second taking place the following day against UMass Boston at 3:00PM. Their first home game of the 21-22 season will be on Friday November 12, against Castleton at 6:00PM. There will be another home game the following day against Plymouth State, taking place at 3:00PM. They will also be playing two more home games throughout the following week, against the Anna Maria Amcats and the Rivier Raiders.

Men’s Ice Hockey also has two exhibitions on October 22nd and 23rd. They are playing away at Saint Anselm on the 22nd, and will play at home against Rivier on the 23rd, both starting at 4:00PM. Their first two conferences coincide with Women’s Ice Hockey, playing against Johnson & Wales on November 5, and UMass Boston the next day. These will both be home games, the former taking place at 7:00PM, and the latter at 4:00PM. They will then play at Castleton University on November 12 at 7:00PM, followed by another away game the following day, at Skidmore College at 4:00PM, with one final November conference match up on Friday the 19th at Norwich University.