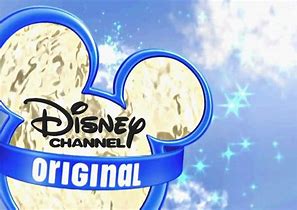 It is no secret that when we were younger, Disney Channel was our favorite TV station to watch. Years ago, Disney had shows like That’s so Raven, Hannah Montana, Suite Life of Zack and Cody, Wizards of Waverly Place, Good Luck Charlie, and Kim Possible, just to name a few.

Being kids, we always came home from school and turned on Disney Channel and watched for hours no matter how much homework we had, or how many chores we had to do. Kids now a days will never experience the childhood that we had growing up. We had the “old Disney” meanwhile they have  a “new Disney” that broadcasts shows like Andi Mack, Ravens Home, Stuck In the Middle, K.C Undercover, Bizaardvark, Bunk’d, Girl meets World, and Sidney to the Max.

Watching the “new Disney” feels  weird and has a different feeling and vibe. Some of the shows such as Andi Mack have bad messages behind them. The show gives the message that at 13 years old, it is okay to have a cellphone and a boyfriend. That message is not good because kids these days already think that as soon as they turn 10, they need an iPhone. They will never know how it felt to not have anything at all up until age 16. We never had a chance to watch a show on our phones, if we missed it, we missed it. However, kids today can rewatch shows on their phones using the DisneyNow app. This is just another app that makes kids rely on their phones for everything.

In my opinion, the old Disney is and will forever be the best Disney Channel. Our shows taught lessons like the importance of family and how being little is so much fun because of outdoor recreational activities. Now, kids don’t like doing any of that because of phones and new shows that are inappropriate. All they want to do is be glued to those screens.