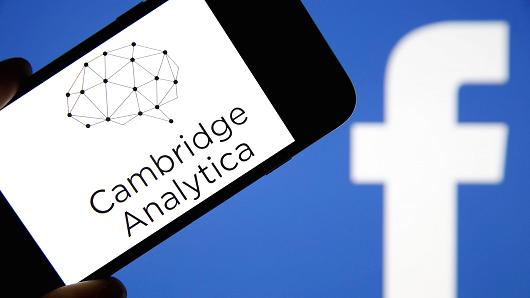 Allegedly, our elected President Mr. Donald Trump and his team hired an outside analytics political firm called Cambridge Analytica, who had an “in” with Facebook and received unauthorized and illegal information on give or take 80 Million Facebook Users. 80 Million. Oh and by the way, this is no longer alleged. This happened, and this is a serious, serious problem.

It is without question that Mr. Trump has questionable ethics, this we already know. Popular media outlets like CNN paint Trump in a light that definitely shows his true character, and by no means is an exaggeration. Actions like grabbing women without their consent in their private parts, and talking poorly about our immigrants is second nature to the Trump we all well know, however buying access to this type of information from the help of a middle man is something different, something beyond ethics and morals, something far, far more manipulative.

The principle, the idea, the fact that someone running for the most powerful position in our country, arguably the world, had access to information so confidential and so valuable is truly unfair to the utmost degree.

Think about how much Facebook knows about you. Your age, where you’re from, where you’ve been, your family, and more importantly what you like and what you don’t like. Think about all the power in that information, and think about someone wielding that power like a stick to manipulate you, with the worst part being you don’t even know what’s just happened.

From my viewpoint, that is what President Trump did. He used an outside firm to assist his campaign, gaining access to millions and millions (80 million to be exact) of innocent peoples’ personal information, and then used that information how he felt best suited his political agenda.

That is propaganda, that is a dictator behind closed doors, and that is illegal.

Tuesday, November 3rd, 2020 is the date of the next United States Presidential election. I hope our insightful youth and wise elders don’t make the same mistake twice, for your sake, and mine, and Mark Zuckerberg.