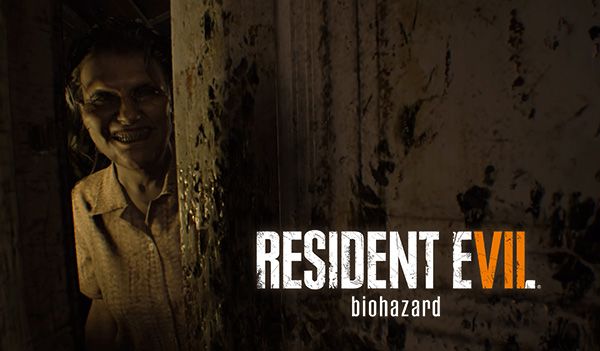 Biohazard is a first-person survival horror game. Published by Capcom, one of the very first resident evil games to ever use Capcom’s first person RE Engine. The game is a spin-off and doesn’t follow the rest of the franchise’s ongoing story lines. However, the game goes back to its survival roots and in-depth exploration. Biohazard is well known for it’s flashing images and disturbing yet horrific game play.

Players control the protagonist of the story mode, Ethan Writers. From a first person setting, you play as Ethan while going through all sectors of a house full of cannibals searching for Ethan’s missing wife. Ethan does not have special abilities in the game, instead he is a civilian but is armed with special weapons that players can select from. Weapons include shotguns, handguns, and newer options such as flamethrowers, explosives, and chainsaws. However as the main story progresses, ammo will be scattered around the horror house to pick up, and it won’t be easy to reload your weapons because you have to go out and search for it during missions.

There will be signals for you to pick up other weapons, and loot boxes in each console there will be a sensor to find materials. Ethan can block attacks to prevent any further damage, when he is injured the damage detector will pop up telling a player how wounded he really is. Solving puzzles is part of the game but they’re puzzles where it’s a step by step process because Capcom want’s you to think critically and want’s players to have a better experience with the game. It may take several tries, but strategizing is one way to get by and move on to the next portion of the house.

Sometimes when you encounter with a few of the main antagonists you can incapacitate them with your selected choice of weaponry but move quickly or they will murder you. Incapacitating them will only bide a player time to move on and get out fast as the enemy will get back up searching for you. It’s best if a player keeps Ethan hidden so that you can avoid an antagonist because once they see you it’s hard to avoid them as they chase you around the house.

Players can use the D-pad to discover new items in different loot boxes. Every item you pick up and store in your inventory gives you a boost in bonus points and extra collectibles. In the inventory you can save items including ammo for later on, herbs for health, and other valuables that Ethan has collected throughout the main story mode. Tape recorders are useful because it saves your game progress but depends on what type of difficulty a player is using. The required tape would be the cassette because it saves up automatically. There are also video tapes that are randomly scattered everywhere around the house, the video tapes leave signals and clues for solving the next puzzle, whereas his wife’s whereabouts.

New downloaded content was produced throughout the year after the games initial release. The downloadable content features different scenarios and “what if” story lines. Each package come with two different stories of what could happen, the first being Volume 1. With two scenarios being Nightmare and bedroom. Also included in the first season pack is the now mode Ethan must Die. Volume 2. Was released exclusively for PlayStation 4 which included two new additional scenarios 21 and daughter with a new game mode called Jacks 55th Birthday. However returning from previous Resident Evil games Chris Redfield is back and players get to control him in an all new story mode free of charge called Not A Hero.

With that said, Biohazard is a fun game for all horror fans and consider it to be one of the very best spin-offs within the Resident Evil franchise. I’d say blood, guts, and gore are the most important standouts for this game. Biohazard is one of the most anticipated games for horror fans and highly recommend for hardcore Resident Evil fans. The game is by far disturbing but filled with intense action including encounters with alien type monsters and cold-blooded cannibal killers.

How will you survive? Play as Ethan Writers in an all new horrific adventure as Biohazard is now available and in stores now.

Resident Evil: Biohazard was released on January, 24th 2017 for PlayStation 4, X-Box One, and Microsoft Windows, then later on for the Nintendo Switch in May of 2018.