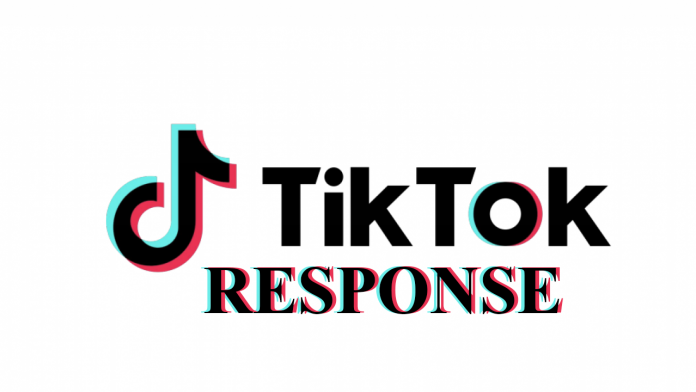 This article is in response to the article posted on February 24, 2021 titled “N.E.C Athletes Post Insensitive Tiktok on Valentine’s Day.”

The video that had been posted showed two friends providing another friend and her boyfriend dinner on Valentine’s Day since they did not feel comfortable going out to a restaurant during the pandemic. The couple had wanted to attend a Chinese restaurant for their favorite meal but decided against it as a way to remain safe and adhere to the recommended COVID guidelines.

The article that was published contained numerous assumptions concerning the creators, the activities in the video and the individuals within the TikTok that are inaccurate and do not convey our true intent. In other words, what is presented in the article is taken out of context. We feel it’s important to provide an accurate account of what transpired, our intentions, and the actions we have taken to make amends and address the situation with the author of the article.

The video posted was a result of two friends attempting to make Valentine’s Day special for another friend and her boyfriend, nothing more.

The February 24th article stated, “In the Tiktok, the poster’s two teammates can be seen wearing a bathrobe and a floral kimono, respectively, both with their hair in tight buns.” Not knowing us, we can see how the video may have been perceived by the author. In reality and to explain ourselves better, one individual had their hair tied in a bun for the entirety of the day, not knowing she would be involved in this Tiktok later. As for the other individual, she had been sporting a ponytail all day, as she was in the Tiktok, not a “tight bun.”

Later in the article, the author states that “two of these individuals decided to costume themselves in a half-a**ed costumes.” This is simply not the case. Both individuals were wearing what they wear most nights. The authentic floral kimono was given to the individual wearing it as a gift from a close friend in the military who had been deployed for a year and a half in Japan. This article of clothing means a lot to the individual as she wears it almost every night, not simply for the Tiktok.

Further down in the article the author compares our video to a case from the University of Arkansas where a student “posted a selfie in black face to his Snapchat story with the caption ‘I hope this offends someone.’” This is not comparable to the Tiktok posted on February 14th. When posting this video, in no way did we have any intentions of hurting or hoping to offend anyone. There was no malice in creating this video but we understand that at least one person was offended. That was never our intent. We are all very sorry that anyone was offended.

Since the article has been posted, it was brought to our attention that the author of the article posted on a social media account of their own that when they first addressed us, we had threatened them, which simply is not true. When they first addressed us, we immediately took the video down and messaged them to let them know that. We did this because we did not want anyone offended or hurt by what we believed was an innocent, harmless and kind gesture for our friend and her boyfriend. This is just one false statement out of the many that have been made regarding the situation.

In an attempt to resolve the situation, we’ve had numerous meetings with school’s administration, including the Director of Student Conduct, the Athletic Director and the Provost. On multiple occasions we’ve also tried to connect with the author to introduce ourselves, discuss the situation, and come to a mutual understanding of how this incident evolved and bring it to a respectful conclusion.

To date the author has declined all requests to meet with us. We continue to be ready to have that meeting.

As we attempt to resolve the misunderstandings with the author of the article, we understand how certain types of communications can be received and interpreted. In the event we have offended anyone, we’d like to apologize. It was never intended to hurt anyone.

The three of us are proud and privileged to be a part of such a diverse and cultured community that is NEC. All of us were raised in an environment of acceptance and tolerance and we would never want to cause anyone any emotional pain, trauma, or turmoil. We in no way would post something that, to our knowledge, could be hurtful, racist, offensive, etc. Anyone who knows us knows that we love and accept all cultures, races, religions, beliefs, ethnicities, sexualities, etc.

But, again, to anyone who was offended, we are sorry.

We’re thankful for the opportunity to respond and will all three learn and grow from this experience.