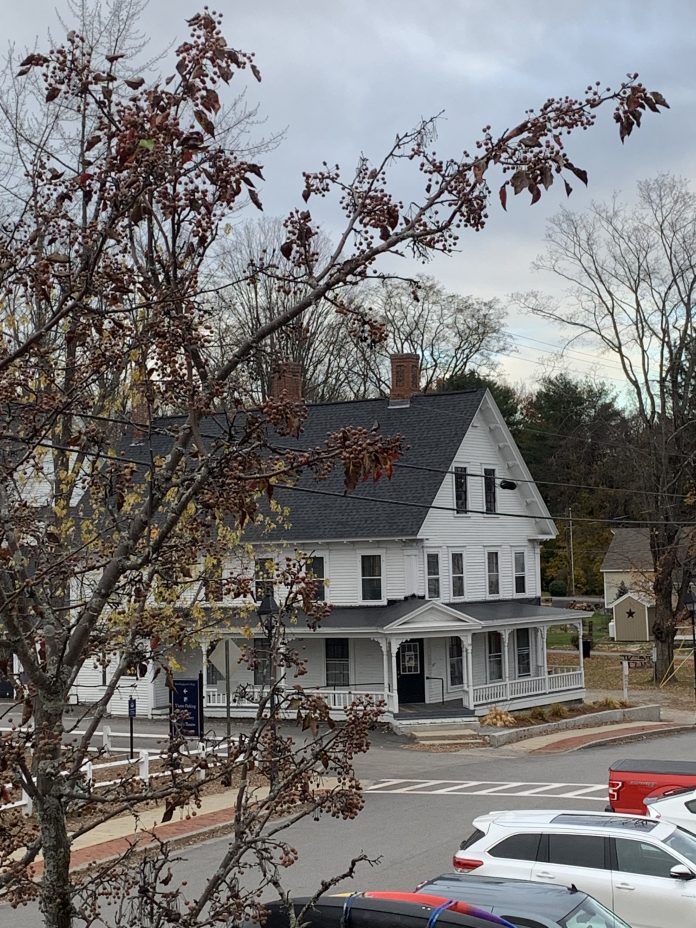 On November 10, 2021, expressionist artist Ken Morgan hosted an exhibition for his own artwork, which hung in the gallery. The talk was attended by about 50 students and teachers and served as a window into his mind and his process in which he develops his pieces.

The most interesting aspect of his initial speech is when he delved into his background, not just as a painter, but as an acrobat. He moved from painting to digital art and specifically Photoshop after suffering a stroke that left him impaired and permanently affected his ability to paint.

When asked about his artistic process and how he puts together his digital paintings, he had one simple thing to say about it: “I have no idea how I do it.” Not the most insightful bit of dialogue, but it makes sense for expressionism. He doesn’t paint specific picture with an end-goal in mind, but rather aims to express an emotion, and the emotions he expresses range from depression, grief, and isolation.

His motivation, besides the emotion, he put very succinctly: “I’m older, I have nothing to lose, and to be honest, I’m in a position where I can’t do anything wrong.” This straight-forward style of conversing with the crowd informed much of the talk, and made the Q+A segment an insightful look into the artist’s mind.