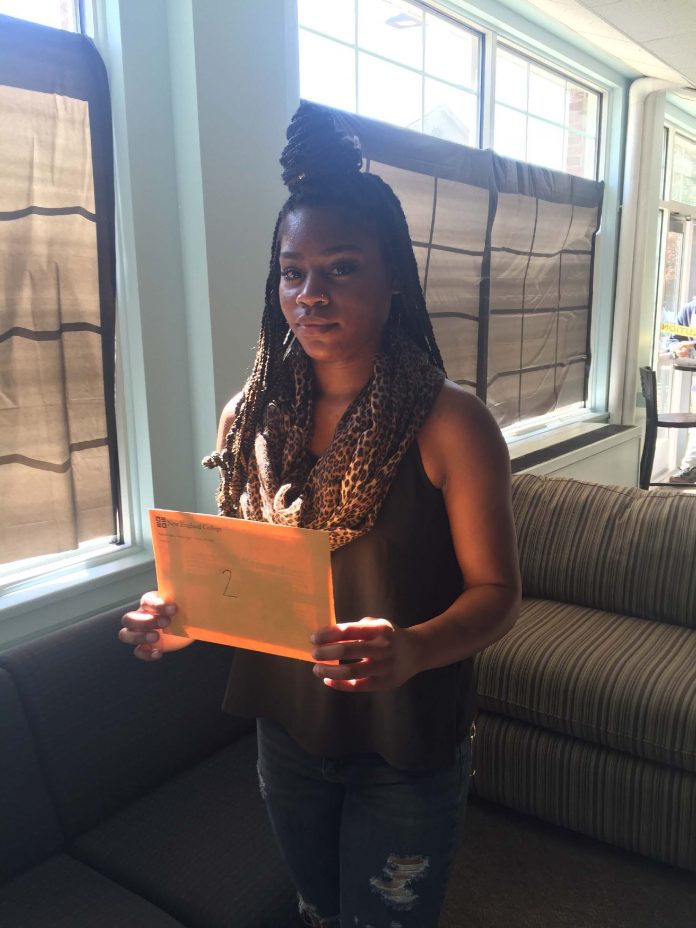 Despite all the progress our country has made in the last hundred years in the area of oppression, there is still more to be done.

In order to promote a better future, and awareness of the past, Director of Diversity and Inclusion Services Lai-Monte Hunter, along with four students, held a ‘Tunnel of Oppression’ on October 5th in the Charter Coffee House as part of experiential Wednesdays.

A Tunnel of Oppression is a thought-provoking and interactive activity that illustrates different aspects of oppression.  Intended to bring oppression to life, acting, or role-playing, made the activity a realistic experience for participants.

“Once the students came in, I wasn’t supposed to be nice to them to show them how segregation was,” said Breana Ramirez, a graduate student in human services/mental clinical health counseling, who was one of the event coordinators.  “But it was hard and I didn’t feel comfortable doing it.”

A lot of students said the Tunnel of Oppression opened their eyes to what’s really going on.  Ramirez said, “A lot of people were saying they were shocked, how far we’ve come, but how far we have to go.  Shocked, just by the information that was given.”

One anonymous student’s recorded response to the activity was: I feel emotional even though all of these events didn’t have anything to do with my race or gender.  It’s crazy that some people were denied basic human rights just because of who they were as a person, just because of how they identified themselves.

Highlighted was the fact that various incidents that have occurred to marginalized groups are not isolated to one individual, or even to one group.  Oppression is collective. So many are affected and Hunter believes it’s our collective responsibility to do our part in creating change.

This activity was held at this particular time as a result of one graduate student, Christina McHugh, who’s in the higher education master’s program and participating in a practicum with the Office of Diversity and Inclusion.  With one of her goals for this experience being to educate students on various forms of oppression, her vision became the Tunnel of Oppression.

Her role was to read historical bullet points about oppression in the US from the days of slavery up to modern day, as students entered an area featuring a wall of mirrors hidden behind a curtain.  Afterwards, students recorded their feelings on a piece of paper and then passed through a roped-off section where on one side, chairs were set up in rows displaying photos and facts about Rosa Parks, while on the other side were chairs lined up to a counter with images of ‘The Greensboro Four.’

Most people know Rosa Parks, the woman who after refusing to give up her seat for a white man in a Montgomery, Alabama, city bus in December of 1955, aided in initiating The Civil Rights Movement in the U.S., as referenced on History.com.  But for those of you don’t know, The Greensboro Four were Joseph McNeil, Franklin McCain, Ezell Blair, Jr. and David Richmond, four college students who sat down at a F.W. Woolworth store in Greensboro, N.C. in February of 1960 at a “whites only” counter where they were denied service. They peacefully protested by remaining until closing, and afterwards, returned to their campus to recruit others.

According to the International Civil Rights Center and Museum, through threats of violence, confrontations with the K.K.K., 3,000 arrests, and several denied letters to the establishment, this group of four held many peaceful protests until July 26th 1960 when the store was finally desegregated after the movement had expanded to 13 states and 55 cities and included 70,000 participants.

In order to examine more closely a specific individual’s act of courage in fighting oppression, students were then asked to select a number between one and five and were handed a manila envelope by freshmen Destiny Black.  The picture inside told a story of personal sacrifice.

Hunter said, as an educator, he was conscious of people who’ve experienced trauma.

“What we read about, what we see and what we’re going through—in terms of police brutality—there’s a heightened awareness, people who have lived through The Civil Rights Movement,” he said, “there’s a feeling that surfaces that makes us wonder what’s going on.”

Hunter often tells his students, “For you, in 10-15 years, when you hear the younger generation talking about Black Lives Matter, you’ll be able to offer insight and perspective.”

The Tunnel of Oppression originally started at Western Illinois University and is today held on many college campuses across the U.S. But Hunter explained everybody does it a little bit different.

“I definitely will have this activity again,” he said.  “We will have it because, unfortunately, it is still a topic of conversation that is needed for us to become more aware of issues within our community.  The title will be the same but we will have different messages to convey based on where we are in America today.”