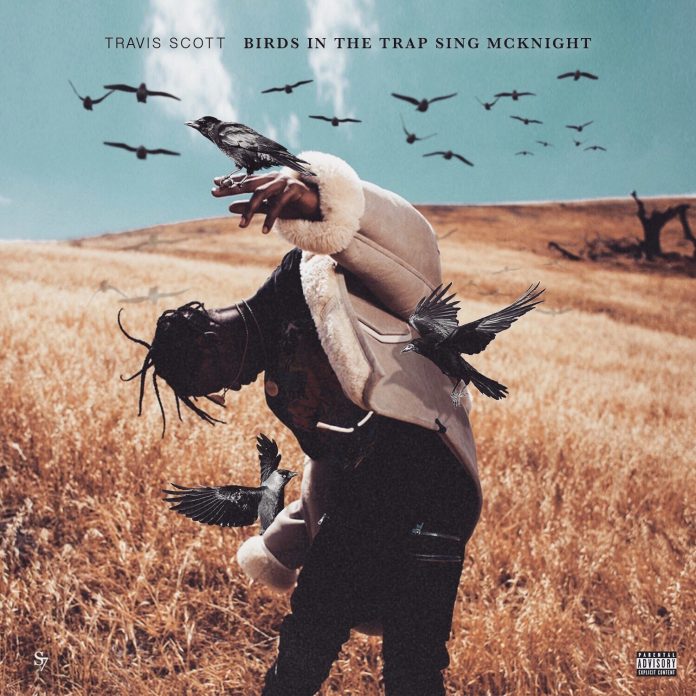 The album cover, going along with his “bird” theme, sets the tone with Scott dressed in all black with wings, giving a dark appearance. In a Rolling Stone interview, Scott explains the album title is a reference to singer Brian McKnight, an “artistic aspiration” to his new work. Kanye West also seemed to be another inspiration to the album title as well.

Scott explained, “Kanye is the leading eagle, he’s like the president who stands up for kids like us who have ideas. There are a lot of us out here that are birds, man. We all need to just fly.”

Along with West, and Tory Lanez, these artists share the same motive to get their story out while creating music that listeners want to hear. This builds the flow of the album, producing a story that fits with their style of music. In the first four songs, Scott generates an introduction that includes Andre 3000 and Kid Cudi.

The biggest influence of this album seems to be Kid Cudi. In a Hot 97 interview, Scott states, “he’s the one of the realist rappers alive.” Scott collaborates with him on “through the late night,” a song reminiscent of Cudi’s hit single, “Day N’ Nite.” Kid Cudi opens the song with his verse and Scott continues the song with the exact lyrics from “Day N’ Nite,” but later changes the content to his own.

Other artists featured, such as The Weeknd, Young Thug, and Bryson Tiller, all seem to resonate along with the style of music Scott creates. The flow throughout the album is a mysterious yet hip vibe that correlates with his music personality. Midway through the album, Scott sets a sensual tone with “sweet sweet” and “goosebumps” featuring Kendrick Lamar, then brings more of an upbeat sound with “pick up the phone” featuring Young Thug and Quavo. Scott has worked with Young Thug and Quavo in the past, but it was exciting to see him collaborating with Kendrick Lamar. Lamar has a different style of rapping than Scott and seeing how they work together makes for a better song. The album ends on a high note with “wonderful” featuring The Weeknd, leaving fans wanting to hear more of what Scott has in store.

Music is another form of telling a story, which many current artists tend to stray away from. However, Travis Scott accomplished this from to start to finish. It seems as if fans are satisfied with the album and it’s worth a listen. Birds in the Trap Sing McKnight appears to be his best work yet and transitions a new culture into the hip-hop world.

Editor Picks kyledobrie - September 21, 2022
0
New England College has joined the Great Northeast Athletic Conference (GNAC) conference for all sports starting in the fall of 2023. “The understanding was that the NECC (New England Collegiate Conference) was essentially going...
Read more

Coronavirus/Quarantine Andrew Moylan - September 14, 2022
0
According to an email from Jason Buck, a representative from NEC's Covid-19 Response Team, cases are on the rise and steps are being taken to provide tests to students. "In the last eight days, our...
Read more

Editor Picks kyledobrie - September 12, 2022
0
This weekend kicked off with a Women's Soccer game at home against SUNY Potsdam. Freshman Stephanie Bronowicki recorded 12 saves, but the Grims would lose 1-0.  The Volleyball team traveled to UMASS Boston, where senior...
Read more

Editor Picks Cole Kjersgard - September 12, 2022
0
What appeared to be an alarming large black dog was spotted running across the campus at New England College in Henniker last week, but students who saw the animal quickly realized it wasn't a...
Read more

Editor Picks Lily Geber - September 12, 2022
0
September 8th, 2022, brought the third and final installment of the Live Free or Die debate series to the Putnam Center on the campus of New England College. Candidates running in the Republican primary...
Read more

Vote For, Not Against