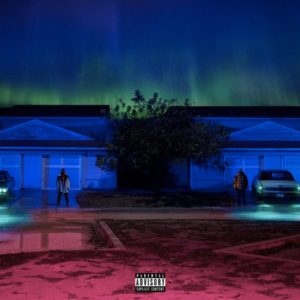 Sean Anderson, who would eventually go by the name Big Sean, began his career in 2005 after meeting Kanye West in a hallway at a radio station. His friend had told him that West was at the radio station and was willing to listen to people rap so that he would sign them. Anderson rapped and kept his flow for ten straight minutes, which is what caught West’s attention.

According to MTV News, West stated, “he put out mixtapes. … His story for me was I heard him rap, he killed it and he got signed.”

The Detroit rapper released his latest album, I Decided. on February 3rd. Already within the top ten, this would be his second album to hold the No. 1 spot on the Billboard charts.

Big Sean explains the title of his album in an interview with Apple Music DJ Zane Lowe stating, “I feel like life is all about the decisions you make.”

“This is what I decided. That’s why I put a period on the end of it — because this is definitive,” he continued.

Compared to his last album, Dark Sky Paradise, which released in 2015, he continues to move away from his earlier work. This album consisted of more deep verses than his usually party songs. In some areas of the album he adds in skits towards the end of the song that is a little unclear on how it ties the album together. Even though one of his hit singles on the album “Bounce Back” does have the same flow as his usual style, Sean brings more of his personal life into the album.

“No Favors,” featuring Eminem, another Detroit native, speaks on how he was on his own when it came to trying to get to where he is at this point in his career.

In the song, Eminem expresses his feelings about President Donald Trump stating, “Trump’s a b*tch, I’ll make his whole brand go under.” Compared to the other rappers Sean has worked with, Eminem is in a different class. He has previously worked with Sean on his “Detroit vs. Everybody” mixtape, but this was their first official collaboration. Being that they are both from Detroit, Sean seems to have a lot of respect for Slim Shady and his previous work.

According to DJ Booth, Sean stated, “One of the first albums that I was really, like, bangin’, relatin’ too [while] growing up, was Slim Shady LP.”

The album overall is a change in direction from Sean’s usual subject matter and sound. The Detroit rapper continues to make changes to himself as an artist with the music he puts out. He tries to show us that he’s more than just an artist that only makes good singles for an album. Sean speaks on his growth as a rapper, but are the fans grasping this concept?

Album Review: “Starboy” by The Weeknd