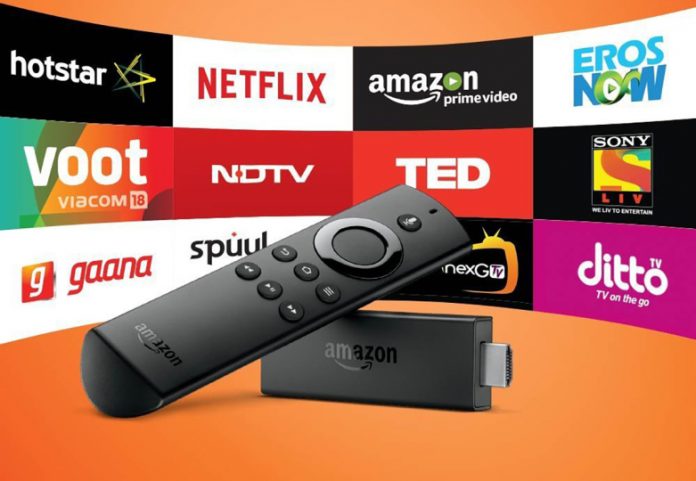 But lets just start with the basics: the top 5 apps you should download for the Amazon Fire Stick.

Hulu for me is an app that updates with new shows almost everyday. It has all of my favorite T.V. shows as well as some movies I enjoy watching with my boyfriend at night. The reason I chose Hulu over Netflix is because of Netflix’s recent cancellation of its Fox contract, and they simply do not have access to all current shows that are on now. Without Fox, Netflix loses shows like Family Guy, The Cleveland Show, American Dad, The Walking Dead, The Simpsons , Empire and so much more.

These 3 HBO apps have a ton of movies. I could simply say Starz instead of HBO, but the difference between these two competing brands comes down to the price tags and content. Aside from their wide selection of movies, HBO has series and shows they have created internally and half of them are not that bad.

Netflix is an easy go-to when nothing else is on. Netflix is a comforting app you can select movies from when you need a good non-mainstream selection, or even if you are look for a cool new T.V. series to freshen up your options. They just recently released some interesting T.V. shows but my favorite would have to be  Lemony Snickets: A Series of the Unfortunate Events. I must admit, I was a bit skeptical when Netflix uploaded this, simply because of the original movie released in 2004 starring Jim Carrey as the villain playing Count Olaf. Jim Carrey always leave big shoes to fill when he plays a character, so I didn’t even bother when I first notified the Netflix series was uploaded. But after one episode, I appreciate it’s take and story line on the notorious series of books and I now watch it whenever I get a chance.

This app is a “boot-leg” download that you have to manually put on yourself, because it provides movies that are currently in theaters and movies that are out but cost money. Simply put, this app has access to every movie and T.V. show episode ever created. It sounds wonderful, but this app has it faults. Sometimes it can slow down and act up, but if the bug fix problem were erased the app would soar it’s way up to number 1.

The FX app has alot to offer, lots of movies. It is a free app as long as you have a T.V service provider, and it is well worth it. You can easily transfer it to your amazon stick through the amazon account through the click of a button on your laptop or phone.