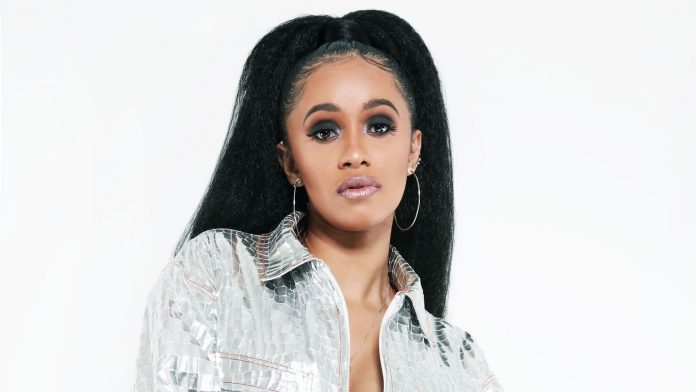 The long-anticipated debut of Cardi B’s album, Invasion of Privacy, is over. On Friday, April 6th, the Bronx rapper released her album that intimately shows her past experiences, personality, and emotions.

Cardi B started gaining attention from social media when she spoke about her career as a stripper on Instagram. She soon became part of VH1’s reality show, Love and Hip Hop: New York. She then signed to Atlantic Records in 2017, releasing “Bodak Yellow” as her first single after signing with the label. According to the Truth Theory, Cardi is the second female rapper to have reached number one on the US Billboard Hot 100 charts, following Lauryn Hill in 1998.

According to Billboard, Invasion of Privacy immediately went gold without being out for a full 24 hours. Although having just revealed her pregnancy, the rapper still went out to celebrate her success on her highly anticipated album. Many well-known artists, such as Chance The Rapper, SZA, Khelani, YG and Migos were featured on her album.

Cardi had already set the tone for herself and the album when she released singles prior to the official release like “Bodak Yellow” and “Bartier Cardi,” setting standards high for her fans.

Cardi keeps her personality throughout the album while also hitting us with emotional songs, such as “Through your phone” and “Ring” compared to her normal style like “Bickenhead.”

The rapper started off the album on a strong note with “Get Up 10,” giving the same vibe as Meek Mill’s “Dreams and Nightmares.” The beginning of the song starts off slow as Cardi raps over a piano playing, gradually building up to the beat dropping. She speaks a lot about how she became successful with her background and how she grew up living in the Bronx.

In the song “Money Bags” Cardi says, “I been broke my whole life, I have no clue what to do with these racks,”  letting you know that this life wasn’t always available to her and she seems open about it. In “Be Careful” she opens up about her man cheating on her with lyrics saying “poured out my whole heart to a piece of shit. Man, I thought you would’ve learned your lesson.”

Listening to this album will channel your inner Cardi B as she continues to set the tone for herself breaking into the rap industry. After releasing Invasion of Privacy, it is clear that she’s here to stay.