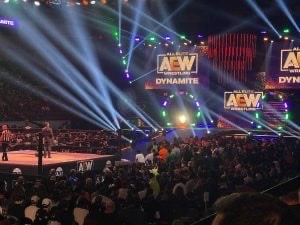 On October 9th, 2019, the brand new wrestling promotion All Elite Wrestling, spearheaded by Tony Khan, owner of the Jacksonville Jaguars, aired its second ever live television episode on TNT Drama from the Agganis Arena in Boston, Massachusetts. Last night, Tony Khan and AEW brought its flagship show “AEW Dynamite ” back to the Agganis Arena for the first time since it’s debut. While a lot has changed within the world around us since 2019, the world of professional wrestling has also gone through a storm of changes due to the novel coronavirus pandemic, including the growth of All Elite Wrestling. 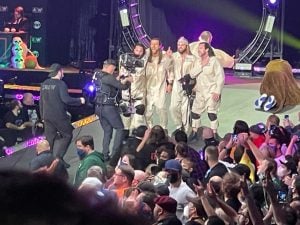 The birth of the company can be traced back to 2018, when a group of independent wrestlers bet professional wrestling journalist Dave Meltzer they could sell out a major arena with just independent wrestlers. At the time, the WWE was a monopoly within the Pro–Wrestling scene in North America. The general belief was that if it wasn’t a show put on by WWE, a major arena could not sell. Nevertheless, Kenny Omega, Cody Rhodes, and Matt and Nick Jackson put on “All In” and sold out the Sears Centre arena.

It was here when the idea of All Elite Wrestling was created. In 2019 under the banner of AEW, Tony Khan along with Omega, Rhodes, and the Jackson Brothers put on Double or Nothing, which became another major success. It was then announced that on October 2nd of that year, AEW would have a weekly TV show premiere on TNT, which would mark the first time Professional Wrestling would be shown on TNT in twenty years. It would also mark the first time in twenty years that the monopoly that was WWE would have actual competition.

On October 2nd, 2019, AEW made its television debut with its flagship show “AEW Dynamite”, which was a huge success. They decided to hold their second ever episode live from Boston, Massachusetts the following week, another success. Week after week AEW would put on Dynamite, much to the praise of fans and journalists alike. It wasn’t until March of 2020 that AEW announced that they would be bringing back “Dynamite”to Boston the following month. However, a week after this announcement the world was sent into a mass shutdown due to the Coronavirus pandemic.

AEW postponed all shows indefinitely, instead opting to film episodes of “Dynamite” from Daily’s Place (Also known as the home of the Jacksonville Jaguars) without a crowd. AEW would stay filming with this strategy for over a year, which among wrestling fans would come to be known as the pandemic era. It wasn’t until May 30th, 2021, at the third annual Double or Nothing event, that AEW would finally leave Daily’s Place and welcome back full crowds.

By the time AEW was able to bring “Dynamite” back to Boston, a lot had changed within the company. AEW was given a second show on TNT, titled “Rampage” which airs every friday. They’ve introduced new championships to the company, including the TNT championship and the TBS Championship (AEW Dynamite is set to be moved to TBS at the beginning of 2022). They’ve signed groundbreaking performers. The likes of Sting, Christian Cage, Adam Cole, Bryan Danielson, Ruby Soho, and many more sent the pro wrestling world into a storm. The most important signing for AEW however, brought the company to a whole new level.

When CM Punk left Professional Wrestling in 2014, no one ever dreamed that the opportunity to see Punk enter the squared circle would ever be possible again. After a terrible stint in the WWE almost cost him his life, he vowed to never return to professional wrestling. However, after seven years, CM Punk made his professional wrestling return and signed with AEW. 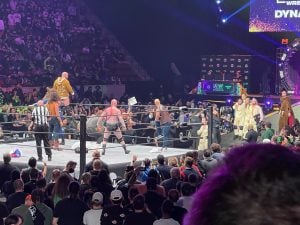 AEW’s first show in Boston certainly showed the potential of a brilliant new wrestling show that could possibly take the fight to Vince McMahon’s WWE. At the time, AEW was still in it’s conception with stars like MJF and Hangman Adam Page being relatively unknown to the company, and major stars like Sting and Bryan Danielson yet to sign. Two years later, their return to Boston saw a much stronger company. MJF and Page are hotter than they’ve ever been before, major names like CM Punk have brought many more eyes to the company. AEW’s return to Boston served to prove that AEW has grown significantly over the last two years and with every passing episode, continues to grow. The company itself has broken barriers, ratings, and sales. They’ve come a long way from their first visit to Boston, and who knows how far AEW will be by the next time. 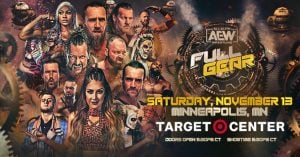