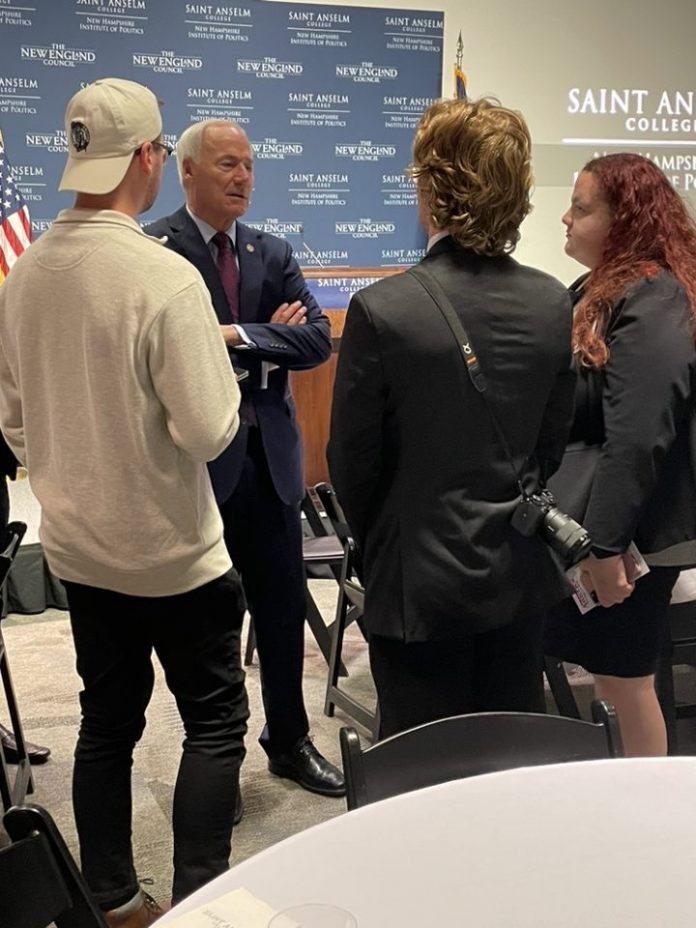 The New England Council hosted a Politics and Eggs event at the New Hampshire Institute of Politics, an event for government officials to speak on behalf of certain issues. Hutchinson was the main speaker, and Gov. Chris Sununu was in attendance.

“What a great event for someone from Arkansas,” Hutchinson said. “For anyone who has a life in politics, this is the place to be.”

Hutchinson spoke for approximately forty-five minutes and touched on a number of issues important to him, including student debt forgiveness.

“My goal is to reduce student debt,” he said, prefacing his opinion. “By that, I mean reducing the amount of students going into debt.”

“In terms of debt that exists, I’m not supportive of canceling all the debt that’s out,” he added. 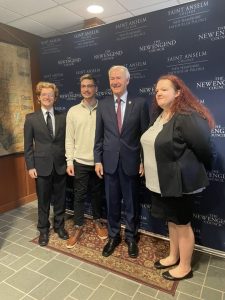 Some students from New England College echo his beliefs.

“If you take away all student loan debt, who would pay for it?” asked Elizabeth McIntyre, a student in the criminal justice program. “If it was that easy, we would have done it already.”

“We have very differing opinions,” she said.

Wasserman said she would support a candidate that had a stronger initiative to help students in debt, but she wouldn’t agree in eliminating all student debt. Both Wasserman and McIntyre would be for eliminating interest on student loan debt.

Tear Down that (Uterine) Wall!

Book Review: “The Chronology of Water: A Memoir”

Why So Serious? College Students and Coronavirus